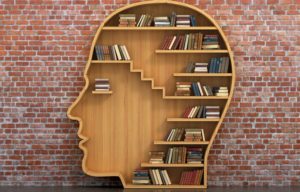 One of my favorite things to do is read. Like several books at a time. That way I am constantly getting to live different lives. I tend to live vicariously through the characters no matter their situation. I was able to put away four books this month and wanted to share my thoughts on each. Enjoy. 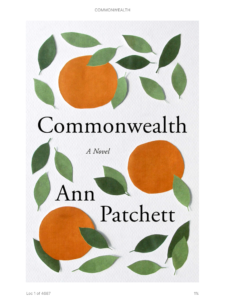 COMMONWEALTH
I enjoyed this book for many reasons. It didn’t take itself too seriously and was able to follow the lives of several people without too much detail. I also enjoyed it because I come from a somewhat dysfunctional blended family. I like how the book began and ended with Bert and Franny’s relationship. I think they were the main characters and the analysis of their stepdad/step daughter relationship set the tone for the rest of the novel. My favorite character was Albie. What a misguided wild little boy. His growth, existence and transformation was definitely the most dramatic. The story centers around the tragedy of Cal’s death and shaped the future of each character. Albie blamed himself, Caroline regrets the explanation she gave, Holly missed him immensely because they were so close, and Jeanette became closer to her mother. I don’t feel like Bert’s feelings were examined enough but I think he is like most men that he doesn’t show his feelings much. I love the way Teresa’s trip to Switzerland to see Holly dovetails her grief and brings her closure to her son’s death. All the children were bonded by their hatred of their parents for the abnormal situation they were in which always makes for interesting relationships. Epic tale.

THE GIRLS
The greatest thing about this book was the writing. The characters were incredibly developed. Story of an emotionally neglected teenager, Evie, in the 60’s from a broken home. Her mom is off “discovering herself” and Dad is off with the reason for the split. Unsupervised and craving the acceptance of someone, anyone, Evie finds herself obsessed with a girl, Suzanne, who is oozing with carelessness and confidence and discovers that’s who she wants to be. The book centers around women making themselves better for the attentions and affections of men with Evie only wanting that from a woman. The undercurrent is that the narrative follows and resembles the Manson story which is the coup de grace of insecure female brainwashing. But I find the story of Evie and Suzanne much more engaging. Suzanne is protective of Evie, seeing her as a younger version of herself and not wanting Evie to get tangled up in her lifestyle therefore divesting the group of her in the end. Thrilling and very graphic.

EVERYTHING I NEVER TOLD YOU
This book begins with the end. A young girl is dead. She drowned actually. Her name is Lydia Lee. No one knows why but it unravels slowly after examining the inner unspoken monologues each of her family members have with themselves. The story surrounds a blended Chinese-American family in 1970s suburban Ohio where they are, to say the least, outcasts. Her mother Marilyn is blue eyed and all American with the long ago shelved but never forgotten dream of being a doctor. James her father is an American born Chinese man who always just wanted to feel normal and to lead a banal life as a professor of Cowboy Americana at the local college. Her siblings Nathan and Hannah just want their parents to remember they exist and to not be a sideshow of Lydias. All four are grappling with their own guilt of what they could have done to prevent Lydia’s death. As different as each character is they all have one thing in common: never revealing their innermost thoughts and insecurities. It’s a story of communication and how vastness can swallow you up like the lake Lydia drowned in. Maybe one of the saddest books I ever read.

WHERE’D YOU GO, BERNADETTE?
This novel is part epistolary and part first person narrative and entirely entertaining. We see most of the story through the eyes of Balakrishna, or Bee, Branch, a shrewd teenager who is beleaguered by those around her for having a heart anomaly as well as an eccentric mother, Bernadette, and an unconventional home life. It begins with a glimpse into their daily routine which is anything but and what follows is absolutely hilarious and ridiculous. Bee is going to boarding school next fall and wants to take a family trip to Antarctica. It is planned by her mother via her Indian internet virtual assistant which turns out later to be a Bratva-esque facade. Bernadette pisses off the neighbors, parent association of the school and many others with her escapism and agoraphobia. It hits its pinnacle when we are all trying to figure out how and where Bernadette disappeared after a semi-intervention with the FBI and psychiatrist. We go from Seattle to South America to Antarctica and end up feeling warm and fuzzy by the end. The verdict: family is undeniable and always worth mending back together.

What have you read this month? I am always looking for any suggestions!